Ahmed Ziyad, a Dubai-based Indian student, tragically passed away from Hypertrophic Cardiomyopathy on March 19. He had taken his Central Board of Secondary Education (CBSE) Grade 12 exams a few days before his death. It has now been revealed that the bright star scored a whopping 91.4% in his finals, including an impressive 100% in media exam. According to Khaleej Times, his family and teachers remembered him fondly on the occasion, adding that the young boy was ambitious and had an entire life ahead of it. He scored 97% in Marketing, 84% in English, 82% in Entrepreneurship and 92% in Home Science. 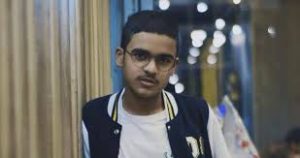 Ziyad’s father, Shanavaz Manangath, revealed, “Six months ago, he had collapsed while playing with his friends. Since there was an irregularity in his heartbeat, he could not take part in any strenuous activities.” He added, “Ziyad had just started playing with his friends on March 19 when he suddenly collapsed and died shortly after. My family has not been able to overcome his loss.”

Mr Manangath disclosed that Ziyad was fervent to do his BBA and launch his own business. “He was very ambitious. Honestly, I haven’t looked into his board exam results, but I know he had studied very hard for the exams.” One of his female media teachers recalled, “Ahmed Ziyad was a very bright child. Though he did not do very well for his internal exams, he had promised me that he would do his best for the boards and he got excellent marks.” The professor added, “Since he could not play sporting activities, he would sometimes sit with me while I was correcting papers. He loved playing PUBG on his mobile. When he came out of his examinations, he was confident he would get 100 marks, and he did.” May he rest in peace!

Music for a cause: 12-year-old Dubai students raise funds for Covid-19 affected families