Seemab Gul’s Short Film Sandstorm (Mulaqat) Qualifies For An Oscar
Sandstorm stood among the three top films at the HollyShorts Film Festival 2022.
Pakistani entertainment industry I going gob and how. Making a mark internationally with such restrictive resources, and technical expertise speaks volumes of the massive talents in the country. We have a movie like Joyland that has won massive accolades on international forums like Cannes. Recently Pakistan was invited to submit its nominees for the Oscar entry. And here is a great piece of news. Seemab Gul’s Sandstorm (Mulaqat) has been nominated for an Oscar. Here is everything you need to know about the short film sandstorm (Mulaqat). 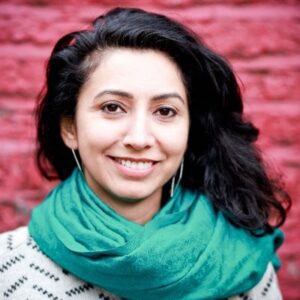 Sandstorm (Mulaqat) Landed in Top Three Short Films At The HollyShorts Festival:
The Hollyshorts Film Festival 2022 ran from August 11th till August 20th awarded the top three films and prized them on Saturday. The contender Hallelujah won the Grand Prix for the festival’s best short, Sandstorm (Mulaqat) won for the best live-action short category and Scale won for animation. premiered @labiennale di Venezia in September 2021 and has since premiered and continues to be screened at the most prestigious film festivals around the world including @sundanceorg where it was one of the 59 short films for the 2022 program selected from an all-time-high 10,374 submissions.
The Oscar-nominated movie has also been also won at the Flickers Rodhe Island International Films Festivals. The un bit is that both the awards were won in the month of August 2022 which is also the month we celebrate the 75th Independence Day of Pakistan. 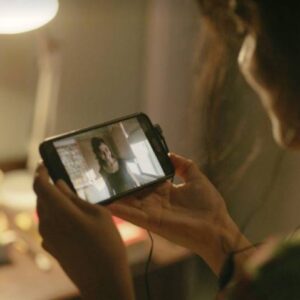 Sandstorm (Mulaqat) Is About Zara, a teenage girl, who shared a sensual dance video with her virtual boyfriend who later starts to blackmail her into meeting him.
The movie Sandstorm is inspired by real-life events that happened in Egypt. In 2009, Ghadeer Ahmed, an Egyptian teenager recorded a video of herself dancing in a short dress at her friend’s house, the kind of thing girls would do in private, behind closed doors,” noted a piece in The New Yorker in May. “She shared the video and some photographs with her boyfriend. Three years later, after they had broken up, he started sending her threats. If she didn’t get back together with him, he’d post the video and photos online. It was this story that inspired Seemab Gul, a filmmaker who grew up in Karachi, Pakistan, to make her short film Sandstorm,” the outlet went on to add. 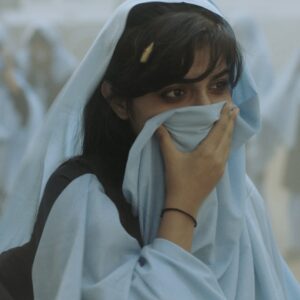 Seemab Gul shared her own view on the short film.
This coming-of-age story navigates the tricky terrain of internet dating in a conservative Muslim society. The film questions the objectification of the female body and its relationship to honour in Pakistani culture. Focusing on female agency, this personal and political film dramatises the desire to gain freedom from harsh societal constraints.
Seemab Gul (Source: La Biennale di Venezia)
Sandstorm has been produced by Gul and Merchant in collaboration with Sanat Initiative and Instinct Productions. Starring Hamza Mushtaq, Parizae Fatima, Ayesha Shoaib Ahmed, and Nabila Khan, it revolves around a teenage girl named Zara whose life upends after she shares a sensual dance video with her virtual boyfriend.