Get To Know Barwaan Khiladi’s Debut Actor, Shahveer Jafry
Here are some fun facts about Shahveer Jafry that you may not know!
Mahira Khan’s first production Barwaan Khiladi is on to a very gripping start and audiences are loving every bit of it. The web series has too many firsts including not only Mahira Khan, who is donning producers’ hats for the first time but also almost 5 actors who will be making their acting debut in Barwaan Khiladi. One of the debuts that have caught everyone’s eye is the social media influencer Shahveer Jafry. Undoubtedly, he is the King Of YouTube and his fan following is massive which is why his web series debut is all the more special.
Is A Born Islo-iite 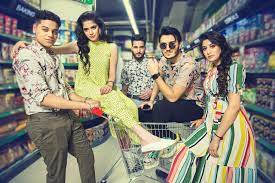 The Barwaan Khiladi actor was born in the capital city of Islamabad in Pakistan. Born on November 26, 1993, he is 27 years old now. Shahveer along with his family moved to Ontario, Canada early on in his life but came back to pursue his acting career and plans to stay here.
Shahveer’s Vlogging Inspiration Was Surprisingly Mama Jafry 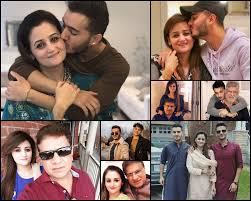 Shahveer, like a true Sagittarian, loves to entertain people and started his YouTube channel back in 2013. The Barwaan Khiladi actor shared in an interview with Something Haute that he has picked his Vlogging inspiration from his mother. Shahveer’s mother once made a Vlog of the sort when they were moving from Pakistan To Canada. Though the Vlog wasn’t shared anywhere Shahveer took all the inspiration from his dear mother aka Mama Jeffery.
He Met His Wife Ayesha Through Instagram DM’s 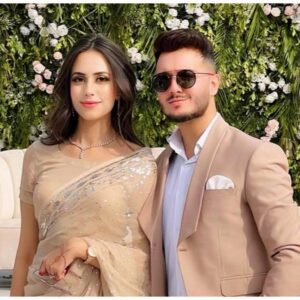 Yup, you read that right. Shahveer in one of his Vlogs shared how he found his beautiful wife Ayesha. One fine day, the Barwaan Khiladi actor was scrolling through his Instagram DM’s and saw this beautiful girl’s message of how big she is a fan of his Vlogs. And the rest they say is history. Ayesha is also based in Islamabad and now both of them travel between Canada and Pakistan.
He Got Massive Offers From Entertainment Industry Before He Chose Barwaan Khiladi 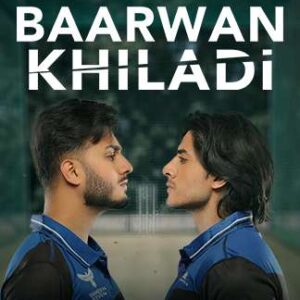 In an interview with Something Haute, Shahveer jokingly said how his decisions are extremely against his family and how they keep on reprimanding him for making incorrect decisions. He has missed opportunities that could have otherwise made his life but chose not to do so because his heart wasn’t content. He chose Barwaan Khiladi purely on the basis of the very talented team including Adnan Sarwar (Aces in sports), producer Mahira Khan and actors like Daniyal Zafar and Kinza Hashmi.
He Is A Huge Mahira Khan Fan 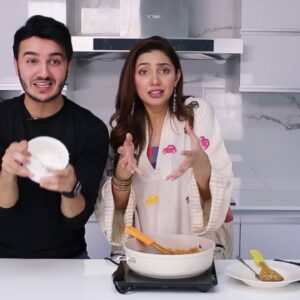 By now everyone knows how huge a fan Shahveer Jafery is of actor Mahira Khan. They met on the set of Mashion where they shared a great bond and now, they are part of the web series Barwaan Khiladi of which Mahira Khan is the producer.

Baddua Episode 26: Amar Khan’s Abeer Is As Stubborn and Vindictive As Ever