Lata Mangeshkar Dies At 92: A Look At The Life And Legacy The “Nightingale Of India” Leaves Behind
As the whole world bids goodbye, we look at the trailblazing legacy “Queen of Melody” leaves behind.
The world of music is in mourning. The “Nightingale Of India” Lata Mangeshkar left for her humble abode on February 6th, 2022 leaving her fans grieving. Serenaded billions of music lovers with her lilting voice and 3-octave range across the globe with thousands of iconic and timeless classics for seven decades. Unarguably the most prolific, successful, and beloved singers in the subcontinent so much so that she earned monikers like “Queen Of the Melody” and “Nightingale of India” to name a few. India heads to Mumbai’s Shivaji park in throngs to bid adieu to the “Queen of Melody” as well as pay tributes with social media posts.
For the unversed, Lata Mangeshkar was admitted to Bridge Candy hospital and undergoing treatment for the past couple of weeks after having tested positive for COVID-19. She was put on ventilator support on Saturday morning after her health deteriorated but passed away due to multiple organ failures. In memory of her huge legacy that she has left behind and created a void, we would like to recall her biggest achievements today.
She Lent Her Honey-Sweet Voice To Almost 30,000 Songs 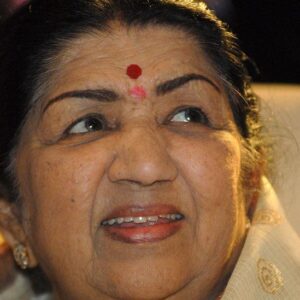 From intricate classic numbers like “Chalay Chalte” to peppy numbers like “Didi Tera Dewar Deewana”, she has mesmorized the world with her honey-sweet voice. Lending her voice to almost 30,000 in Indian films in her music career that spanned across 7 decades.  The “Queen Of Melody” sang in almost 36 varied Indian languages Hindi, Bengali, Marathi among others. Which BTW also means actresses reigning Bollywood during the 1940s to early 2000s was all lip-synching to her beautiful melodies.
Lata Mangeshkar Was Feted With Tons Of Accolades Including Bharat Ratna
The Nightingale serenaded India for almost 70 years, as old as India is, and has been conferred with tons of awards and accolades. Norn in 1929, Lata Mangeshkar was the recipient of the Bharat Ratna, India’s highest civilian honor, Mangeshkar ruled over Indian cinema with her melodious voice for decades. Padma Bhushan and Padma Vibhushan were also some of the other recognitions in addition to touching millions of hearts across the globe is no simple feat.
Most Recorded Artist According To Guinness Book Of World’s Record 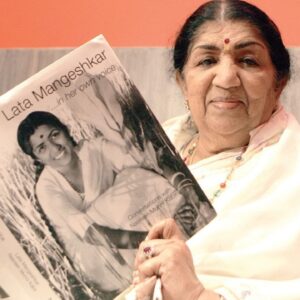 Lata’s beautiful voice that marked the Indian Music industry on an international level was first recognized by the Guinness Book Of World Records. Lata Mangeshkar was listed in the Guinness Book of World Records as the most recorded artist in history, with more than 30,000 songs credited to her in multiple languages.
Government Of France Conferred Her With Legion Of The Honor 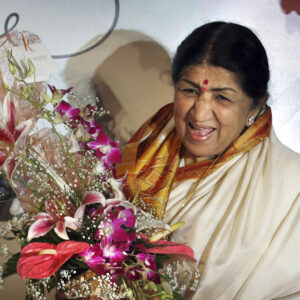 Not just music aficionados within the subcontinent, Lata’s fame extended beyond boundaries. It was so loved and recognized on an international level that the music legend was feted by the government of France with the Officer of the Legion of Honour in 2007, which is the country’s highest civilian award.
Honorary citizenships
According to reports, in 1980, the legendary singer was honoured as a citizen of The Republic of Surinam, South America. Not only this but she was also presented with the Honorary Citizenship of United States in Houston, Texas in 1987.