Nabeel Qureshi, Fizza Ali Meerza’s Next Is A Web Series Based On The Lyari Gang Wars

Nabeel Qureshi has undoubtedly become a force to be reckoned with. The director has experimented with several film genres but satirical comedy has remained his forte. From Na Maloom Afraad to Load Wedding and Actor in Law, his genius direction, star casting and storytelling have made him one of the most sought-after filmmakers in Pakistani cinema today. Last week, Qureshi made headlines for his long-awaited film Quaid i Azam Zindabad, featuring actors Fahad Mustafa and Mahira Khan. While the project is now in its post-production phase, Qureshi also has Ahmed Ali Butt’s Fatman in the pipeline. 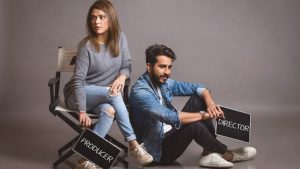 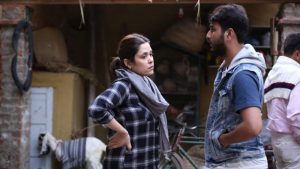 The coronavirus outbreak led to a great amount of uncertainty in Pakistan’s entertainment circuit following the shutting down of cinemas and the temporary halt of shootings. But that did not stop Qureshi from experimenting more and more! Just when we thought he had his plate full with two projects, the go-getter has taken the plunge into the digital space. Talking exclusively to Galaxy Lollywood, he has now announced his third production of the year.

Qureshi is all set to release a web series based on the famous Lyari gang wars. The script has been written by Ali Abbas and Basit Naqvi. He also revealed that the production of the web series will kick off soon. Producer Fizza Ali Meerza has added yet another feather to her cap and this time around, it is that of a co-director alongside Qureshi. Meerza has produced/written almost all of Qureshi’s projects to date. Qureshi revealed that he plans on releasing the web series on a Pakistani OTT platform. While he did not unwrap more details, he did reveal that this will be Pakistan’s first major web series. We cannot wait for more details on the project. We are positive his efforts will be fruitful and the show will be a delight to watch, considering Qureshi’s successful filmmaking journey. Goodluck to the team!