Mahira Khan Dance Off With The Quick Style Was All Things Magical
The Norway-based dance group is currently visiting Pakistan.
Music brings the world together. Our Coke Studio 14 has exactly been doing that, connecting people. The Norwegian Dance group The Quick Style is visiting Pakistan these days. The Quick style got immense popularity after dancing to the song Kanayari from Coke Studio 14 and the rest they say is history. The dance group has been visiting different of Pakistan and performing at various events. 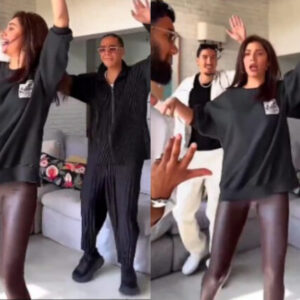 The Coke Studio 14 team is making sure that The Quick Style gets to see the real Pakistan and its generosity and hospitality. They have been rubbing shoulders with some of the actors in our entertainment industry. One of the most anticipated ones was their meeting with actor Mahira Khan. They didn’t just meet; they did a dance and collaborated on her song Morey Saiyyan sung by Zeb Bangash from her movie Paray Hut Love. The sheer moment was not just fun, it was an amazing blend of cultures and styles. Her smile, her adaa, and that grace lit up the whole performance and the dance group match her vibes effortlessly. The coolest thing we saw the whole week. 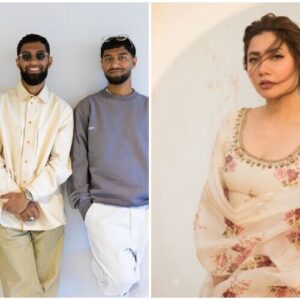 Albeit the cute performance, the public has had mixed reactions towards the dance video. Mahira’s leather pants reminded her Instagram followers about the scene from Friends where Ross gets stuck in his leather pants. While others commented on how they were manifesting the performance since Quick Style arrived in Pakistan. Let’s look at the video and the comments of her fans. 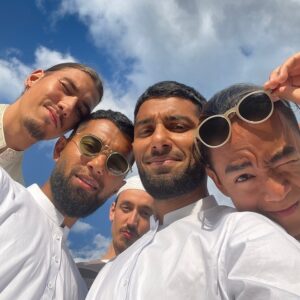 For the unversed, The Quick Style also known as Quick Crew, is a Norwegian hip-hop/urban dance group. It was formed in 2006 by the Pakistani-Norwegian twin brothers Suleman Malik and Bilal Malik, and their Thai-Norwegian childhood friend Nasir Sirikhan.